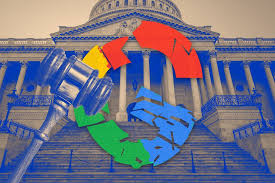 U.S. District Judge Amit Mehta on Friday set a tentative trial date of Sept. 12, 2023 for the landmark case that the Justice Department filed two months ago.

"This dispels the notion that we would go to trial quickly," said Mehta during a conference call with government and Google lawyers to go over the ground rules for exchanging confidential documents and deposing top Google executives.

He estimated that once the trial begins it will last about 5 1/2 weeks in his Washington, D.C., courtroom.

The prolonged wait for the trial underscores the complexity of a case seeking to defuse the power of a startup that sprouted from Silicon Valley garage in 1998 and evolved into a $1 trillion company whose services are regularly used by billions of people around the world.

Between now and the trial's opening, reams of documents peering into Google's inner workings and its deals with Apple and other well-known companies are expected to be examined. Many of the documents will be kept confidential, while others may be publicly released and peel back the curtain on the way Google operates.