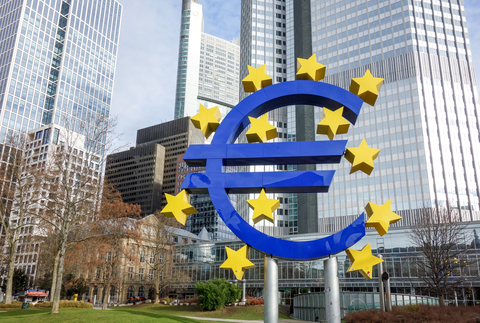 It began most directly in 2016 when The ECB made its decision to end production of €500 banknote.

As we said at the time, not a bad way to launch a global ban on paper currency ahead of a global NIRP regime, and all, of course, in the name of fighting "tax evasion, financial crime, terrorism and corruption."

Since then the 'war on cash' escalated to negative interest rates... across the entire continent (and up into investment grade credit) and most recently directly into a push towards a digital euro.

This is happening as the growth rate of Europe's currency in circulation just jumped into the double digits, the fastest pace this decade, strongly hinting that the ECB will be incentivized to track and control all circulating currency... ideally by converting it into digital.

In a report setting out the pros and cons of launching a digital euro, the ECB said that it "could support the Eurosystems objectives by providing citizens with a safe form of money in the fast-changing digital world." By which, of course, it means preserving the ability to deposit - and withdraw - digital funds from European accounts at will, while in the process making banks redundant.

The push towards central-bank-backed digital currencies dovetails with Klaus Schwab's vision of a post-COVID 'Great-Reset'-ed world that we must accept to "avoid revolutions" which in fact will take place because of this man.

All of which leads us to a rather interesting situation as The Austrian National Bank has started an information campaign to support cash, seemingly putting it on a direct collision course with the ECB.