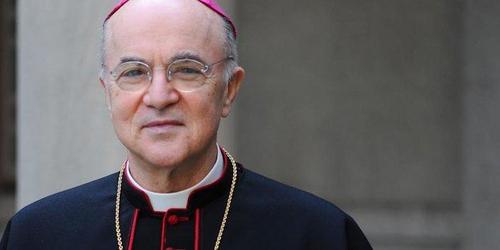 In early November, an Italian archbishop and Pope Francis foe, Carlo Maria Vigano, launched an attack against those behind pandemic lockdowns across the globe, warning President Trump in a letter of the coming "Great Reset" whose architects are "a global élite that wants to subdue all of humanity, imposing coercive measures with which to drastically limit individual freedoms and those of entire populations."

"The purpose of the Great Reset is the imposition of a health dictatorship aiming at the imposition of liberticidal measures, hidden behind tempting promises of ensuring a universal income and cancelling individual debt," Vigano's letter continues.

Now, roughly six weeks later, one of the most powerful Catholics in the United States, Cardinal Raymond Burke, has kicked it up a notch - slamming "secular forces" who want to "make us slaves to their godless and murderous agenda" in a Saturday homily.

Burke also slammed the US reliance on China, saying "To attain economic gains, we as a nation have permitted ourselves to become dependent upon the Chinese Communist Party, an ideology totally opposed to the Christian foundations upon which families and our nation remain safe and prosper."

Burke - who sits on the Church's Supreme Tribunal of the Apostolic Signatura, the highest judicial authority in the Catholic Church - then turned his attention to the pandemic, saying "Then there is the mysterious Wuhan virus about whose nature and prevention the mass media daily give us conflicting information. What is clear, however, is that it has been used by certain forces, inimical to families and to the freedom of nations, to advance their evil agenda. These forces tell us that we are now the subjects of the so-called 'Great Reset,' the 'new normal,' which is dictated to us by their manipulation of citizens and nations through ignorance and fear."