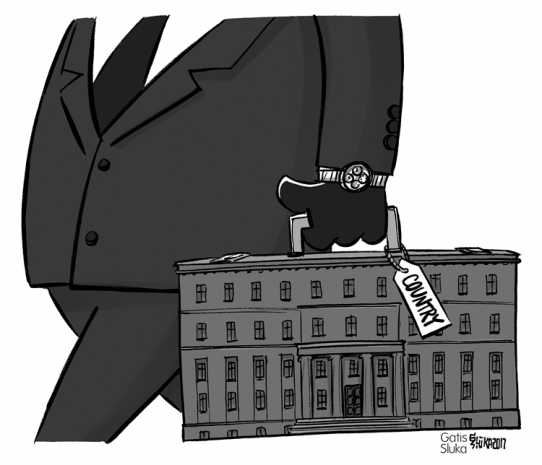 So why are we spending $1,000 billion annually to defend ourselves from alleged foreign threats when there is no defense against our country's theft by the ruling Establishment and woke Democrat identity politics ideologues?  Why vote Republican when the party does not defend us?

The journalist Katerina Blinova writing in Sputnik International captured the meaning of the stolen presidential election.  Democrats are turning America into a "one-party system" — https://sputniknews.com/us/202011221081242712-politburo-are-dems-striving-to-win-it-all–turn-us-political-landscape-into-one-party-system/ .

If the Democrats succeed in stealing the Georgia senatorial seats as well, which is likely given the absence of protection against electoral fraud, they will rapidly move to consolidate one-party dictatorship.

Here is the agenda:

Illegals will be amnestied and given the vote.  As there seem to be about 22 million of them, this alone suffices to guarantee Democrat rule.

As a backup felons will be allowed to vote, adding more millions to the Democrats' base.

Washington D.C. and Puerto Rico will be made states, adding 4 more senators to the Democrats.

An anti-white-male political coalition consisting of radical feminists, LGBTQ, radicalized people of color, and white liberals will be used to suppress opposition to "reparations" made in many forms to the voting coalition that the Democrats have formed.