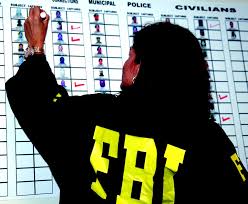 ASoviet-born intelligence source, with connections in the former Soviet Union, tried to warn the FBI and White House last 26 February about an "imminent cyber attack by Russia on the … Voting System."  He wrote, "I had previously informed the FBI on many occasions on matters of national security. Due to the nature of my disclosures to the FBI … the FBI opened … investigations on me. Last time they secured a 12-month order to monitor my email…."

The Soviet-born source, who resides in the United States, suspects that Christopher Wray is not doing his job. The explanation might be found in The Spectator, which has published a story with the title, "FBI Director Wray Has Been Hiding His Connections to a Russian Energy Company Likely Connected to Uranium One."

According to The Spectator and other publications, FBI Director Christopher Wray's bio at the law firm of King & Spalding in Atlanta, where he previously worked as a litigation partner, shows that he represented a Russian oil company – something that should have been widely known when he was nominated for FBI Director. Curiously, King & Spalding provides legal services for two of Russia's state-controlled energy companies, Rosneft and Gazprom. As The Spectator pointed out, "Rosneft was prominently mentioned in the now infamous 35-page dossier prepared by former British agent Christopher Steele. The [now debunked] dossier claims that CEO of Rosneft, Igor Sechin, offered candidate Donald Trump … a 19% stake in the company in exchange for lifting U.S. sanctions on Russia."