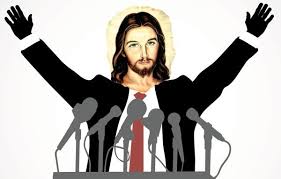 Galilee, Year 27: baptized by an itinerant preacher, John the Baptist. That's when the story really begins. We know virtually nothing of his life till then.

Galilee is ruled by shabby client kings of the Roman empire – first Herod, then his son Herod Antipas. Jesus only enters imperial jurisdiction later, when he moves to Judaea, a Roman province since Year 6.

Galilee is all about agricultural and fishing land, surrounded by way more sophisticated Greeks and Phoenicians. Jesus grows up in a context of simple peasant life; increasing taxes; population explosion; and then non-stop fragmentation of peasant land, causing the proverbial pressures on traditional family life.

Social oppression inevitably had to engender resistance – in the form of budding peasant unrest. Talk about quite fertile ground for the proliferation of charismatic spiritual leaders.

Yet who was Jesus The Man, really? A Jewish holy man? A prophet? A magician? A miracle man? A peasant leader? A revolutionary? Prefiguring Walt Withman, he did "contain multitudes". He was indeed all things to all men.

What we seem to know for sure is that he had charisma in spades – and exuded natural authority.

The Synoptic Gospels point to problems with Mom and his brothers. Yet he never abandoned his followers – those twelve specials, all from very humble backgrounds, except Matthew (a tax collector).