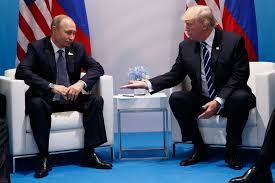 And, as always, it comes from his complicit Secretary of State who undermines Trump with his every move to turn the State, Defense and Intelligence apparatuses of the U.S. against Russia.

Pompeo goes on Mark Levin's show, whose ratings are through the roof right now, to tell all the slavering normie-conservatives that it was definitely the Russians who hacked our government.

Without offering any evidence or specifics, Pompeo said Russia was "pretty clearly" behind the cyberattack during an appearance on the conservative talk radio Mark Levin Show.

"I can't say much more, as we're still unpacking precisely what it is, and I'm sure some of it will remain classified. But suffice it to say there was a significant effort to use a piece of third-party software to essentially embed code inside of US government systems and it now appears systems of private companies and companies and governments across the world as well," Pompeo explained.

Notice how there is no evidence given, just the typical intelligence agency, "believe me" line, which is your first clue that whoever it was behind this attack the one group who was definitely NOT behind it was the Russians.

This week's cyber attack on the U.S. government was perfectly timed with the Electoral College submitting its votes to the Congress and Joe Biden claiming he's president-elect.