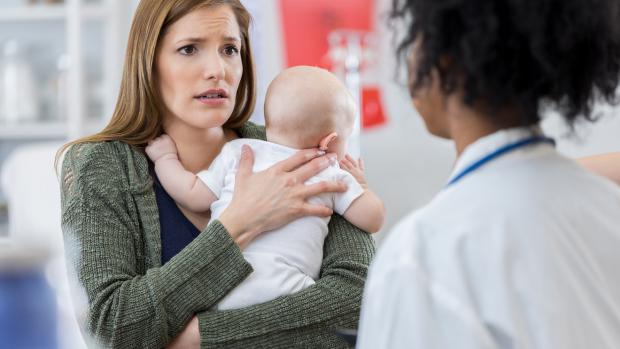 Open, scientific discussion is pivotal to progress in the medical field, but it's something that remains elusive when it comes to vaccinations. Rather than address questions, concerns and inconsistencies head on via public debate and research, vaccine advocates often resort to name-calling, intimidation and threats against those who question the federal once-size-fits-all vaccine policy.

Pediatricians may also belittle parents who ask questions about vaccine side effects, with many refusing to see patients who choose not to vaccinate or choose an alternate vaccine schedule. Yet, they manage to educate each other and listeners in a positive way, one that's ultimately neither "pro" nor "anti" vaccine, but rather focused on doing what's best to protect public health.

Meanwhile, public health officials, including Dr. Anthony Fauci, director of the National Institute of Allergy and Infectious Diseases (NIAID), continue to downplay or flat-out deny that vaccines can and do cause injuries and death, as he did in an interview with CBS News in January 2019.4 The news outlet had featured parents who are concerned about vaccination risks, including one woman whose middle child suffered from severe reactions to vaccinations.

Understandably, Eckhart then refused to vaccinate her youngest son and stated, "If I could go back, I wouldn't have vaccinated any of my kids." When asked what to say to such parents, who have experienced adverse vaccine reactions among their own children and are hesitant to have the same procedure performed on another child, Fauci graciously said they shouldn't be denigrated but that they must be told vaccines are "very safe."

[T]he lack of safety and the adverse events, things like autism … that issue is based purely on fabrication and that's been proven … there is no association whatsoever between the measles vaccine and autism," he said. When the reporter said that Eckhart believes that perhaps the right studies weren't being done to show the harm vaccines can cause, Fauci vehemently denied there was any truth in the claim.

"That's not true … that's just not true, period," Fauci said, refusing to even entertain the notion that vaccines may cause adverse reactions in some people, and that parents of vaccine-injured children may be justified in their hesitation to vaccinate their other children.

Vaccinating Against Measles Because It's so Contagious?

When asked about the once common childhood illnesses that are now the subject of vaccinations, Rife acknowledged that in most cases, those who get measles and especially chicken pox "do just fine."