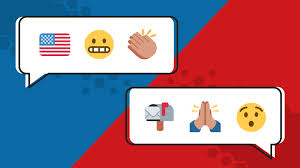 To bring a little clarity to this, it is necessary to point out that more than 90% of the world's press, including such names as Reuters and the BBC, are (often through a series of dummy corporations,) owned and/or controlled by the pharmaceutical industry and their owners, the banking cartel.

Throughout this century and with rising intensity, a serious problem has beset these two entities and all that pertains to them. This problem is the daily growing numbers of people who question the effectiveness of pharmaceutical medicine, the honesty of banking and the veracity of ruling politicians. This questioning has led to large scale rejection of these; so much so that their dominant positions are seriously threatened.

History shows us that the usual method of dealing with such domestic problems is to side-line them by starting a war.

Vladimir Putin has, however, despite massive provocation from the Deep State, refused to participate in such an event.

The candidate presently being groomed as the alternative aggressor is the People's Republic of China.