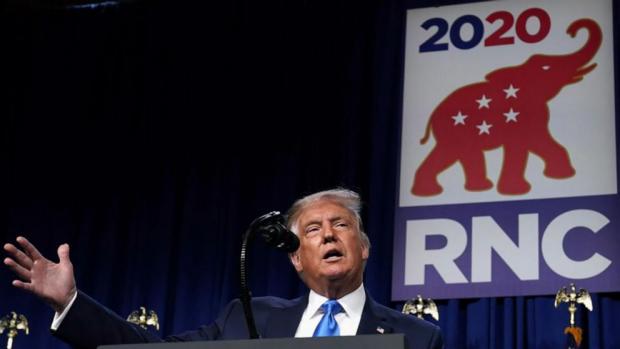 But is the Republican Party ready to move on?

GOP Chair Ronna Romney McDaniel has been a staunch Trump ally in public, and has his support as she seeks a third term running the party apparatus.

But one of her recent moves is raising eyebrows throughout Washington.

McDaniel is compiling the guestlist for the Republican National Committee's first big meeting of 2021, set to take place just two weeks before Trump would leave the White House.

And McDaniel is giving the other 2024 hopefuls prime speaking roles at the Amelia Island event, according to Politico.

Multiple news agencies report that McDaniel invited South Carolina Sen. Tim Scott and former United Nations ambassador Nikki Haley, both of whom spoke on behalf of Trump at the Republican National Convention but are widely mentioned as top contenders for the next election.