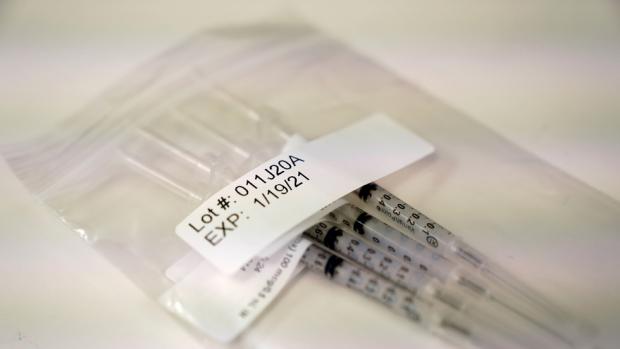 Dr. Hossein Sadrzadeh, a hematology oncology fellow at Boston Medical Center, was given the drug on Christmas Eve. The health care worker, who has a severe shellfish allergy, said his heart began to race after taking the vaccine. Initially, he thought his increased heart rate was due to anxiety he had about the jab, stemming from reports of serious medical episodes occurring after people with allergies were injected with Pfizer's coronavirus vaccine.

However, he soon realized that he was suffering from something far more dangerous. Within minutes, Sadrzadeh's tongue and throat began to tingle and go numb, a reaction that he associated with his shellfish allergy. Even more concerning, his blood pressure then dipped so low that it wasn't even detectable with a monitor.

Luckily, the doctor had brought his own EpiPen, which he administered on himself before hospital staff rushed him to the emergency room. He was given several medications, including steroids and Benadryl.