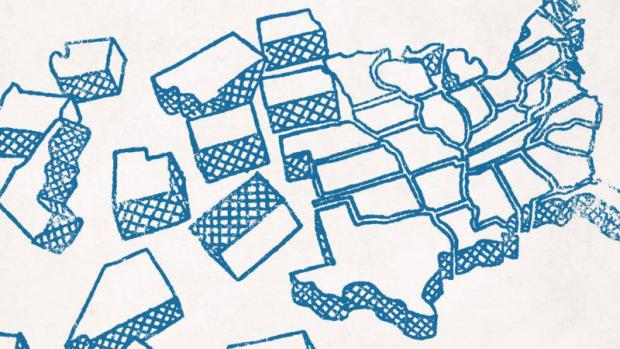 Back then the talk in the front seat of the car between my parents was New York City's bankruptcy. My dad, NYPD at the time, was as much a part of this as anyone since the Police pension fund helped bail out the city government back then.

The West Side Highway fell down and because of that I grew up with a fear of heights and, especially bridges. I really hated taking the back way (New Jersey) into Staten Island. The mere mention of the Outer Bridge crossing would nearly put me into a panic attack.

I remember thinking then, "If these people can't pay the bills now, what's it going to be in ten or twenty years?" Sure, I was a naive ten or eleven at the time and had no idea about capital flight, but the sentiment was sound.

Even then the Emperor was naked to this child's eyes. This was Rome near the end and the Sword of Damocles hung over the heads of my generation in ways we could barely articulate.

So, for me, the idea of the U.S. breaking up into its component parts has been a constant companion most of my adult life. And, as a libertarian, I always think in terms of secession first, rather than revolution. It sits on my shoulder whispering in my ear the truth of what's in front of us.

We've reached a very important moment in world history. It is that moment where the promises of classical liberalism are failing in the face of a creeping totalitarian nightmare.

America as mythology has always stood as the 'shining house on the hill' for this enlightened idea that the wishes of the individual pursuing his bliss creates the community and culture which lifts the world out of a Hobbesian State of Nature.