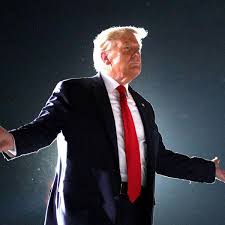 In 2020 alone, Trump had two perfectly crafted opportunities to seize authoritarian power — a global health pandemic and sprawling protests and sustained riots throughout American cities — and yet did virtually nothing to exploit those opportunities. Actual would-be despots such as Hungary's Viktor Orbán quickly seized on the virus to declare martial law, while even prior U.S. presidents, to say nothing of foreign tyrants, have used the pretext of much less civil unrest than what we saw this summer to deploy the military in the streets to pacify their own citizenry.

But early in the pandemic, Trump was criticized, especially by Democrats, for failing to assert the draconian powers he had, such as commandeering the means of industrial production under the Defense Production Act of 1950, invoked by Truman to force industry to produce materials needed for the Korean War. In March, The Washington Post reported that "Governors, Democrats in Congress and some Senate Republicans have been urging Trump for at least a week to invoke the act, and his potential 2020 opponent, Joe Biden, came out in favor of it, too," yet "Trump [gave] a variety of reasons for not doing so." Rejecting demands to exploit a public health pandemic to assert extraordinary powers is not exactly what one expects from a striving dictator.