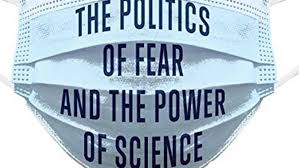 This became clear through the Trump era, and the incessant hammering of one actor vs the deafening silence about all others in the same theater and on the same stage.

And we see that again today: try, if you can, to find in the MSM a critical opinion about lockdowns, or facemasks, or about the newly-fangled vaccines. It's very hard if not impossible. This one-dimensionality hides behind "the science". Which is something that doesn't really exist, as we know because scientists in different countries contradict each other, as do those in the same country, and scientists even often contradict themselves.

If you want people to "follow the science", you need to convince them that this is the right thing to do. You can't just force them to do it. Or, rather, you can try that for a short period of time, and then they will come after you. People don't live their lives in one dimension; they can't.

Why Can't The Sheep See?