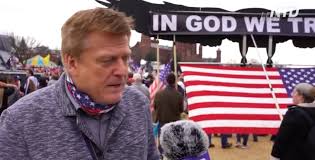 Given that President Trump has stood up to President Xi and put an end to the rich game of trade deals, how much would it be worth to China to not only get rid of Trump (and all future Trump-copies) but also to stop free and fair elections in the US and to install a President they could control?

Given the trillions at stake, it appears to be a cheap strategy. What if he's right?

"The greatest way to fight a war is not to have to fight it at all.

Not firing a bullet…." — Patrick Byne speaking of Chinese philosophy.

Years ago Patrick Byrne hoped to bring the beautiful things from Chinese culture to the USA. instead now he warns that Chinese scholars have studied the US and figured out that the greatest vulnerability is corruption, and now they've used that to infiltrate and stage a slow coup.

Byrne is not just the billionaire founder of Overstock, he speaks Chinese fluently and studied in China at Beijing Normal University in 1983 – 84, and a Bachelor of Arts in Chinese studies from Dartmouth College. He asserts that this is part of a 100 year plan written up in 1949 to take down the United States. He suggests that people should read the book by Michael Pillsbury: The Hundred-Year Marathon: China's Secret Strategy to Replace America as the Global Superpower.  Byrne tells us that Michael Pillsbury was a China-dove his whole life until 2015 when he wrote this book and admitted he'd been wrong all along.