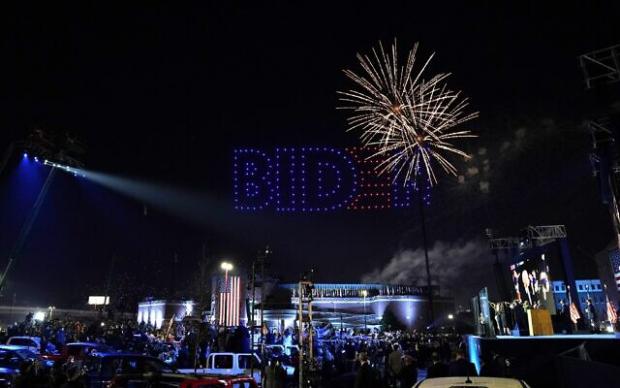 Deadline reports that this year's show will feature Seacrest as the host for the 16th consecutive year from New York's Times Square. Jennifer Lopez will perform as the event's headliner minutes before the countdown, with additional performances from the likes of Billy Porter, Cyndi Lauper, Jimmie Allen and Machine Gun Kelly.

Performers at the event in Los Angeles will include artists such as Brandy, Doja Cat, Ella Mai, En Vogue, Julia Michaels and  JP Saxe, Lewis Capaldi, Maluma, Megan Thee Stallion, Miley Cyrus, Nelly, and Saweetie. Other festivities will also be broadcast from New Orleans on the Central Time Zone, where PJ Morton will give a performance of Auld Lang Syne.

"In a year marked with many challenges, we are honored that President-Elect Joe Biden and Dr. Biden will join America's most-watched tradition — 'Dick Clark's New Year's Rockin' Eve' — to share an inspiring message as we come together to close out 2020 and look ahead with hope to 2021," said Amy Thurlow, president of Dick Clark Productions and Craig Erwich, the president of Hulu Originals and ABC Entertainment, in a joint statement.

During the presidential campaign, Biden was overwhelmingly backed by the Hollywood left and the entertainment industry, who poured both cash and time and effort into supporting the effort to defeat President Donald Trump. Earlier this month, the 78-year-old appeared on the Late Show with Stephen Colbert, where he revealed he has "great confidence" in his son Hunter as federal prosecutors launch an investigation into his tax affairs.