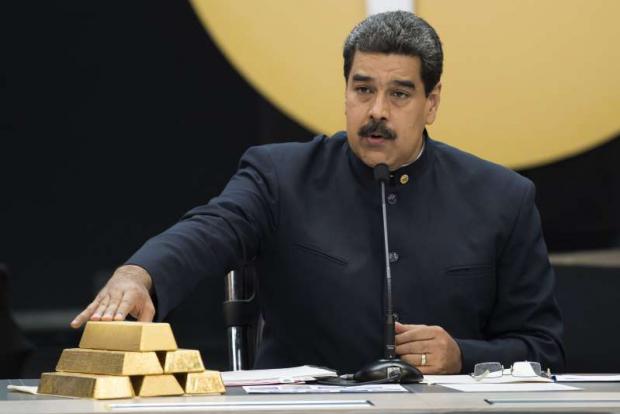 The U.S. dollar has operated as an escape valve for Venezuela amid U.S. sanctions and collapsing oil revenues, President Nicolas Maduro said in a televised interview with Telesur on Friday. He said 18.6% of all commercial transactions are in dollars, while 77.3% are carried out in bolivars with debit cards. Only 3.4% are paid with bolivar notes.

"They have a war against our physical currency. We are moving this year to a more profound digital economy, in expansion. I've set the goal of an economy that's 100% digital," Maduro said, adding that physical money will eventually disappear.

It's the latest ambitious currency plan from Venezuela's president, with no guarantee of success. In 2017, with the bolivar in freefall, Maduro vowed that the nation would create a cryptocurrency called the Petro, backed by reserves of oil, gas, gold and diamonds. The Petro launched in 2018; the U.S. called it a scam.