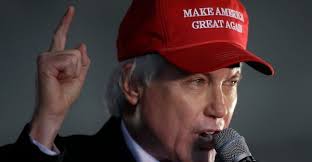 L. Lin Wood, a conservative attorney and Trump ally, has rejected questions about his sanity after he tweeted that Vice President Mike Pence should face a firing squad.

The lawyer, who has litigated numerous failed attempts to overturn the result of the 2020 US election, posted a Twitter thread on Friday afternoon.

He wrote about how those who believe the election was stolen have focused on Democrats, the CIA, and "globalists."

Wood then said that "one of the main participants" had been overlooked - the Republicans.

He then proceeded to call for senior Republicans and a conservative-leaning judge to be arrested.

Then, in reply to a tweet, Wood suggested that Pence should be executed by firing squad.