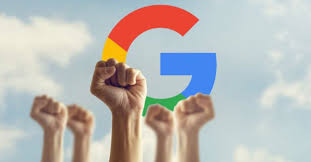 The Alphabet Workers Union, referring to Google's parent company, is launching with support from the Communications Workers of America.

While smaller subsets of Google workers — cafeteria workers in the Bay Area and contractors in Pittsburgh — have unionized before, this marks the first effort to establish a companywide union.

"This is historic—the first union at a major tech company by and for all tech workers," Dylan Baker, a Google software engineer, said in a statement.

"We will elect representatives, we will make decisions democratically, we will pay dues, and we will hire skilled organizers to ensure all workers at Google know they can work with us if they actually want to see their company reflect their values."

Google workers have some history of collective action. In 2018, thousands of the workers signed a petition protesting Project Maven, a contract to help the Department of Defense track individuals in video footage captured by drones.