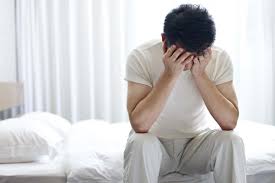 On Sunday, India formally approved the emergency use of vaccines developed by Oxford–Astra Zeneca and a domestic firm named Bharat Biotech.

India plans to inoculate upwards of 300 million people this year, but rumors are already circulating in the country that the vaccines could cause erectile dysfunction and also be dangerous to health.

The head of India's Samajwadi (Socialist) Party, Ashutosh Sinha, made things worse by saying he was very concerned about the vaccines, indicating they "might contain something which can cause harm."

Sinha said there's a theory going around that the vaccines could be used to "kill/decrease the population" or cause erectile dysfunction.

Vaccine rumors sparked by politicians were so troubling that the country's Drug Controller, Dr. Venugopal G. Somani, had to come out and reassure the public that vaccines are, in, fact, safe.

Somani said the health agency would "never approve anything if there is even the slightest safety concern."

He reassured the public that the vaccines are "110 percent safe."