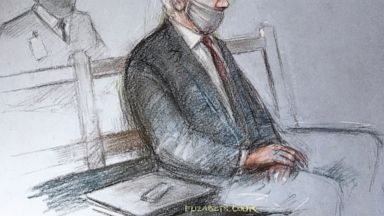 The Department of Justice on Monday said it is 'extremely disappointed' in the UK court's decision not to extradite Julian Assange.

A British judge on Monday rejected the United States' request to extradite the Wikileaks founder to face espionage charges, saying he was likely to kill himself if held under harsh US prison conditions. The US has said it will appeal the decision.

In a statement to ABC a spokesperson for the DOJ said: 'While we are extremely disappointed in the court's ultimate decision, we are gratified that the United States prevailed on every point of law raised.

'In particular, the court rejected all of Mr. Assange's arguments regarding political motivation, political offense, fair trial, and freedom of speech.'

Assange's friend Pamela Anderson said Monday the 'fight is not over', telling her followers to 'stay tuned'. The sensational ruling at the Old Bailey in London raises the prospect that the 48-year-old WikiLeaks founder could be freed this week.

Journalist Glenn Greenwald said the decision was 'not a victory for press freedom' and whistleblower Edward Snowden called for an end to the legal proceedings against the Wikileaks founder.

Actress Anderson tweeted: 'A special sunrise for my dear friend #JulianAssange - (not to be extradited) stay tuned, the fight is not over - but, a hopeful moment to breathe in- I can only imagine Julian (in court, still in that mask), taking that breath.. #humanrights #freespeech #pardonassange.'