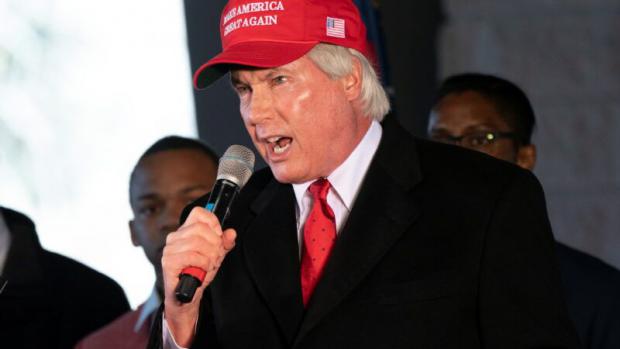 If asked to turn over the encryption key & other information I have to law enforcement, I will only agree to provide it directly to
@realDonaldTrump
,
@GenFlynn
or
@SidneyPowell1
.

Again, please pray for my family.

WTF is the endgame here, because this f****** guy is dropping nukes that will either blow the whole thing wide open, worldwide, or end in his very fiery death. There's no going back from a public drop like that, if he's incorrect it's career suicide and total public ostracization, so he undoubtedly has hard evidence to back it up. Where is he going with this, what is the endgame?
Hell week begins........

Endgame is save America from total destruction

For those who claim he is batsh*t crazy - here are things to keep in mind...

1. None of those he has accused, has denied it nor sued him.

2. Somebody powerful has given him clearance to put this sh*t out there. He is publicly giving ultimatums to the chief supreme court justice and accusing him and others of child rape, and treason....but.. he hasn't been approached for questioning, etc....

I believe we are in the end game. Time is running out. We have only 16 days until the January 20th deadline set in the constitution. We also have a big day scheduled for 2 days from now.

So, I believe Lin Woods tweets are him putting out the truth in clear language as a final olive branch to those compromised people out there that haven't yet made a deal with Trump. If they come in and confess, their sentences will be less. Lin is old and ready for retirement, he could be scape goated as a fool at this point in his life. He is a patriot.