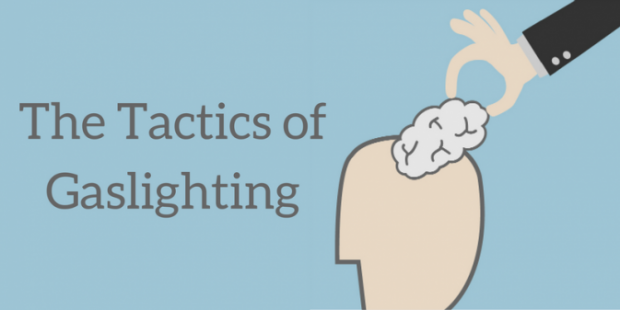 To gaslight someone is to get them to doubt themselves… to make them question their own memory, perception and judgment; even to question their own sanity. So, this is a very nasty, malicious trick. But sadly, it often works. So, we need to understand this and to be prepared for it.

The name, gaslighting, comes from an old stage play, in which a horrible husband tries to convince his wife that she is insane by doing things like dimming the gas lights in their home then insisting that nothing has changed.

The person on the evil side of this trick is trying to weaken the mind of the victim, getting him or her to feel weaker and weaker, losing all confidence in themselves, and ultimately submitting to the attacker's accusations. And it really is appropriate to call gaslighting evil, since it involves intentional injury and abuse.

Gaslighters, however, generally avoid direct statements such as "You're going insane." Instead, they'll imply it, mention statistics about it, tell you what other people would think of you, and so on.

A short phrase from George Orwell's 1984 gets to the essence of gaslighting:

If one is to rule… one must be able to dislocate the sense of reality.

A gaslighter truly is trying to rule over his or her victim (cruelly), and their means of doing that is to dislocate the victim's sense of reality. Rather than judging themselves honestly, the victim ends up with the gaslighter's false and negative view of themselves.