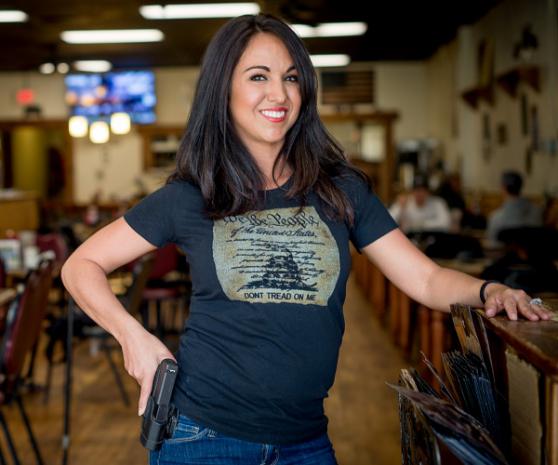 "I'm 5 foot zero, 100 pounds, and I'm now in one of the most dangerous cities in America," the Colorado Republican said on Fox News' "Fox and Friends." "The violent crime rate here is 158% times higher than the national average. I will be walking alone a lot ... being a member of Congress is pretty basic. I don't go to work in an armored vehicle. I don't have personal police escorts. I am my own security here and my most basic right is the right to defend myself."

D.C. Metro Police Chief Robert Contee III Monday said he plans to reach out to Boebert to make her aware of the city's rules on carrying firearms. Lawmakers are permitted to bring firearms to the Capitol complex if they store them in their offices, but not onto the chamber floor.

Boebert pointed out that Contee was just appointed and Monday was his first day on the job, and his "first order of business" was to "come after a 34-year-old woman who wants to protect herself."

She noted she's gone through the city's conceal carry courses required for a permit.

"Maybe I should make a video announcing that I plan to drive a car in Washington, D.C., and then the chief of police will say he is going to inform me of Washington D.C.'s traffic laws," said Boebert.