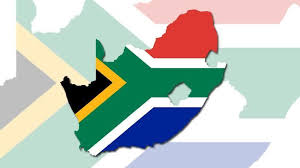 By all appearances, Mmusi Maimane was a South African Barack Obama. Smooth and polished, he seemed like the ideal candidate to win just enough Black votes from the tottering ANC to fulfill the promise of a multi-racial democracy.

The Democratic Alliance (DA) had long been viewed as the party of White people, but that was a handicap when Whites were just eight percent of the population. The party traced its roots back to the Progressive Party, the liberal opposition during the apartheid era, but few Black voters cared about that. Instead, the party drew most of its non-White support from the nation's "coloured" population, a mixed-race group that shared just one thing in common with the nation's Whites: a mutual fear of Black domination in the allegedly harmonious "Rainbow Nation."

Maimane was supposed to be the DA's ticket out of this electoral dead end. The "Obama of Soweto" would lead them in the 2019 elections to a promised land where everyone would be treated equally and race no longer mattered.

It blew up in their faces.