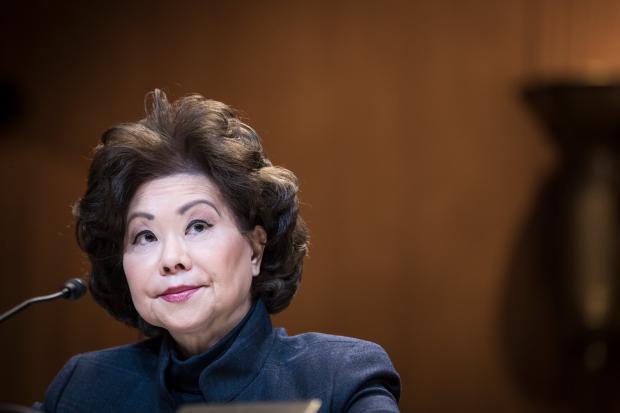 So far, those who have actually resigned from the Trump Administration over the unrest at the Capitol have included a smattering of lower-tier bureaucrats (Mick Mulvaney was one, though he no longer holds a major role in the administration anyway, and Melania Trump's chief of staff Stephanie Grisham was another).

After Treasury Secretary Steve Mnuchin and Homeland Security Secretary Chad Wolf both said they would stay on (though they offered some sharply-worded statements), the first member of Trump's cabinet to actually resign over the incident appears to be Transportation Secretary Elaine Chao, also known as the wife of Sen. Mitch McConnell.

While her husband blames the unrest on "unhinged criminals", Chao has penned an email, seen by the Washington Post, denouncing the unrest as "a traumatic and entirely avoidable event".

Transportation Secretary Elaine Chao will resign from her post, making her the first Trump administration Cabinet member to leave after the president incited a mob that attacked the U.S. Capitol on Wednesday.

Chao is the wife of Senate Majority Leader Mitch McConnell (R-Ky.) and has served in the Cabinet all four years of the Trump presidency.

She told others of her decision early Thursday afternoon, according to two individuals familiar with her plans who spoke on the condition of anonymity to disclose the matter.

"Yesterday, our country experienced a traumatic and entirely avoidable event as supporters of the President stormed the Capitol building following a rally he addressed. As I'm sure is the case with many of you, it has deeply troubled me in a way that I simply cannot set aside," Chao wrote in a drafted email to the entire staff.

Democratic leader Chuck Schumer has called on VP Pence and the rest of Trump's cabinet to invoke the 25th Amendment to remove him from office.