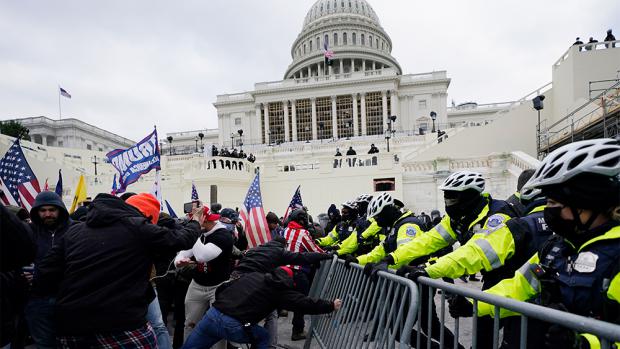 On Thursday morning state-run Global Times compared the security breakdown which significantly delayed the Congressional certification of Biden as the next president to recent anti-government unrest in Hong Kong, for which Chinese officials have lately come under Trump administration sanctions for clamping down on.

Reminding American leaders they once called the often violent Hong Kong independence protests "a beautiful site to behold" - as Nancy Pelosi once did, GT used her words for a bit of trolling with a photo of a protester occupying her office and sitting in the speaker's chair during yesterday's mayhem.

"It remains yet to be seen whether she will say the same about the recent developments in Capitol Hill," the publication later added.

Further Thursday commentary featured by GT said, "Even though the US has boasted itself as a beacon of democracy, it has never been a paradigm of global democracy. US democratic system has been vandalized, demonstrating how fragile the system is."

Across the web Chinese state sources along with popular pro-Beijing commentators took the US to task for its double standard and inability to handle its own 'democratic uprising' and protests.