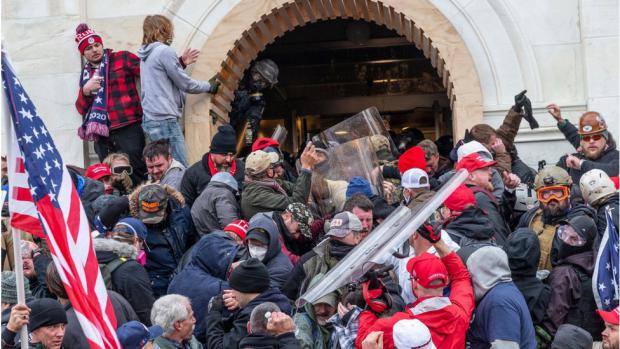 The article in question said that the firm XRVision "used its software to do facial recognition of protesters and matched two Philadelphia Antifa members to two men inside the Senate." The report cited a "retired military officer" who provided the information and said she or she "provided the photo match to The Times."

XRVision, however, said in a statement to the Washington Examiner that the report is "outright false, misleading, and defamatory," and they are requesting the outlet "retract the current claims" and issue an apology. "XRVision didn't generate any composites or detection imagery for the Washington Times nor for a "retired military officer" and did not authorize them to make any such representations."

"Shortly after the rioting started, XRVision performed an analysis on the footage and identified several individuals," the company said. "This information was shared with LEA. We concluded that two of individuals (Jason Tankersley and Matthew Heimbach), were affiliated with the Maryland Skinheads and the National Socialist Movements. These two are known Nazi organizations, they are not Antifa. The third individual identified (Jake Angeli) was an actor with some QAnon promotion history. Again, no Antifa identification was made for him either."

A correction at the top of the article reads, "An earlier version of this story incorrectly stated that XRVision facial recognition software identified Antifa members among rioters who stormed the Capitol Wednesday. XRVision did not identify any Antifa members. The Washington Times apologizes to XRVision for the error."