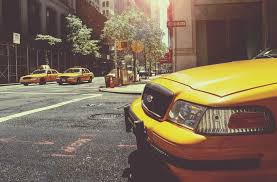 With ridership down 80 - 90% since March 2020, drivers count themselves lucky if they are able to snag three passengers a shift. The vast majority of Manhattan office workers haven't returned to the workplace, public school students have been in and out of classrooms, and tourism has slumped. On top of that, ride-sharing platforms such as Uber and Lyft have saturated the streets, capturing the lion's share of riders even before Covid-19 reached the city. -CNN

"I can't hold on, not like this," said 27-year veteran cab driver Vinod Malhotra in November comments to the NYT. "I can make it maybe one more month, maybe two."

Drivers have also been reluctant to return to work, as fleet owners found themselves begging cabbies to take shifts - in some cases letting drivers rent out cabs for half the normal rate or less.