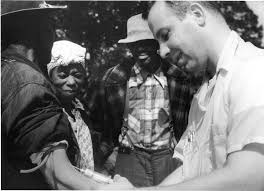 Then came the social expectations that we would not use epithets to describe our neighbors and would instead try to understand and respect the backgrounds of those who were different than us. In the mid-1970's the fruits of the civil rights movement had made its effect felt in my mostly white section of the City of Champions (I was blessed to go to an integrated High School in the city-it was great and I got an -excellent- education). Respect for all.

Back then, in America, all people were not treated equally or with the respect they deserved, especially those of the 'community'.

But just a little further back in our history, it was a lot worse.  While Adolph Hitler was just a few years short of conducting horrid experiments during WW2, America was ahead of the Third Reich when in 1932 it began what was known as 'The Tuskegee Experiment' (https://www.cdc.gov/tuskegee/timeline.htm), directing its own horrible undertaking in 'the community'.

600 indigent African-American sharecroppers from Macon GA. became part of the experiment. The purpose of the experiment was to 'begin a study to record the natural history of syphilis in hopes of justifying treatment programs for blacks'. 399 had syphillis and 201 did not have the disease when they began the study. They were told that they would receive free medical exams, free meals and burial insurance in exchange for their participation. They were told they were being treated because they had 'bad blood'. The study was supposed to last 6 months. It lasted for 40 years.