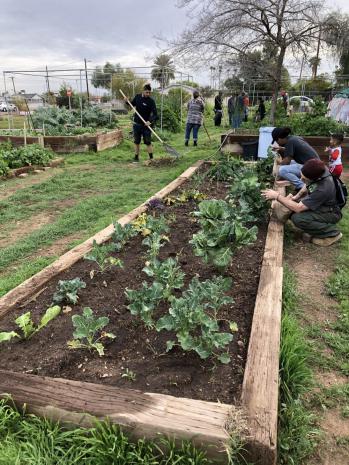 In Arizona, the city of Phoenix has managed to save dozens of farms and restaurants, while also getting free meals to those who need it most.

Between July and December in 2020, the Feed Phoenix program provided more than 50,000 meals to local residents—an amazing feat in itself, but only the beginning.

When the city received its CARES Act federal funding in April, it could have simply directed the money to food banks. Instead, it asked a nonprofit group, Local First Arizona, to take a more holistic approach to shore up the city's food system.

The resulting Feed Phoenix program has been a success on all fronts, connecting struggling farmers with restaurants and caterers in need of business. The nonprofit buys produce directly from the farms, then pays the restaurants to prepare and deliver free meals to citizens in need.

The meals are then distributed at 30 locations, such as food banks, free of charge to those in need. What's more, it is fresh, ready-to-eat food—much more nutritious than the canned and boxed items normally available at such places.

Local First Arizona was in a unique position to take on this project. For years, the charity has been working with about 3,000 locally-owned businesses to promote buying local.

"The city could have awarded one very large contract to one very large company to just prepare all of those meals," Kimber Lanning, the nonprofit's founder and executive director, told Bloomberg. "Instead, we decided to create a program to touch as many businesses as possible."