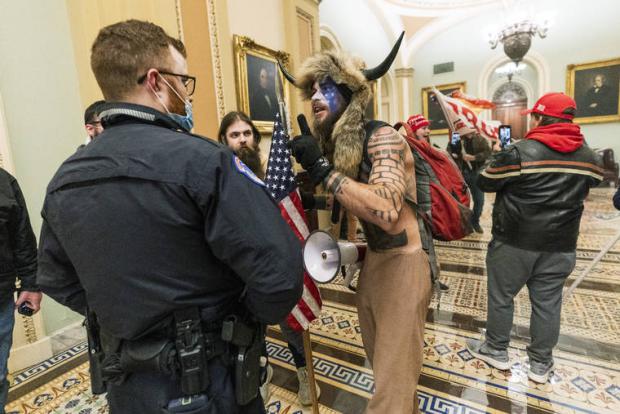 Why let a good opportunity to expand governmental power go to waste?

Why, some of these people are even alluding to such things as a "fascist" attempt to take over the government, a "putsch," and the "Reichstag Fire." And why not? They know that Hitler was able to use the terrorist firebombing of the Reichstag to get the Enabling Act passed, which gave him "temporary," emergency, omnipotent, and tyrannical powers to enable him to protect "national security."

That's what Democrats and liberals are now doing. They are setting the stage for another civil-liberties crackdown, just like the one that they and Republicans and conservatives engaged in after the 9/11 attacks. That's when we got the so-called USA PATRIOT Act, the illegal telecom scandal, the massive secret surveillance schemes, assassinations of "terrorists," indefinite detention, kangaroo military tribunals, Gitmo, secret prisons, denial of due process, denial of speedy trial, torture, and much more — all to protect us and keep us safe from the "terrorists" and the Muslims.

Democrats and liberals, as well as the mainstream press, are referring to the event at the Capitol as an "invasion." But that's patently ridiculous. An invasion is what the U.S. government did to Iraq. Troops shooting people. Planes dropping bombs on people and buildings. Torture of people at Abu Ghraib and elsewhere. Indefinite detention. POWs. Massive death, suffering, and destruction.