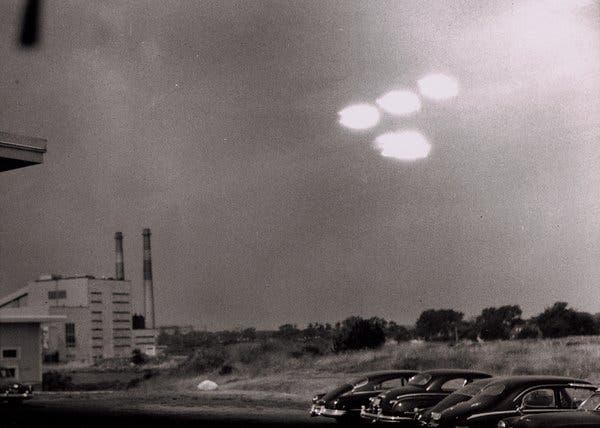 A treasure trove of newly-unsealed CIA records has revealed chilling accounts of hundreds of UFO sightings across the globe dating back to the 1950s - along with the international intelligence community's efforts to understand them.

A dossier with nearly 3,000 pages of documents about Unidentified Aerial Phenomena (UAPs) - the government's official term for what are commonly called UFOs - was published on The Black Vault website last week.

Thousands of paranormal enthusiasts have already started poring through the collection of more than 700 individual documents, according to Black Vault's founder John Greenewald Jr, who has spent the past two decades suing the CIA to release the records and then scanning the pages into his database one by one.

The CIA purports that the files account for its 'entire' collection of declassified UAP intel, but Greenewald cautions that there's no way to verify that claim and has vowed to continue searching for further records.

The dossier was released ahead of a June deadline for US intelligence agencies to reveal everything they know about UFOs to Congress under a clause slipped into the $2.3trillion coronavirus relief bill signed into law by President Donald Trump in December.

An ongoing DailyMail.com review of the files has uncovered a bevy of perplexing accounts of mysterious disks tracking across the sky, spewing beams of light across small towns, causing explosions and even a few claims of military officers confronting aliens that come out of outlandish vehicles.

The documents also show correspondence about UFO sightings between CIA officers and members of the military. Sometimes the officials brush off observers' stories as purely superstitious, even when another explanation isn't clear. But in other instances the officers show genuine concern that perhaps something dangerous is at play.