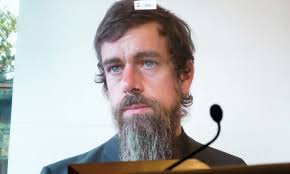 "You should always feel free to express yourself in whatever format manifestation feels right," Dorsey said in the clip, purportedly secretly filmed by a Twitter "insider whistleblower."

"So, the focus is certainly on this account and how it ties to real-world violence. But also, we need to think much longer-term around how these dynamics play out over time. I don't believe this is going away anytime soon," Dorsey told staff in the clip.

Project Veritas suggested in a Twitter post that the video leak is evidence of "censorship gone wild."