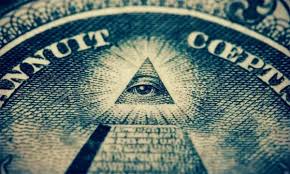 The UN declares that its principles and declarations serve as a world religion to take control of humanity. In their ID 2020 project, they say that it is mandatory to corner Christians to divide their beliefs and faith, they cannot continue to win more lives for their Christian doctrine, we must take power away from the Church. Christians commit a crime against Gender Equality by prohibiting their human rights, they are enemies of humanity, this project was declared in 2000, and began to be partially applied in 2006 and to give it full use in 2020 as law equal rights.

According to the UN or future World Religion, Christians want to indoctrinate LGBT groups to take away their rights and convert to them to renounce their rights. They say that it is discrimination against their ideology, that Christians do not allow Abortion, or Divorce, because their laws prohibit it and they do not accept Polygamy, among other evils and this violates their rights, according to the UN.

The UN says that they will be the true religion that allows the citizens of the world to be happy in the way they want to live life under a New World Order, under the humanistic religion.

The new Onuist religion declares: That we must block the way to Christians and disperse their sheep so that they stop being groups of power and convocation. Christians are an obstacle and an opposition to the excellent work of the UN for Gender Ideology and it is time to take away their rights, to form a religion with humanistic, constitutional, and moral rights, not spiritual.

The growth of Christianity in the world is a threat, we must neutralize religious groups for their campaign against our Gender Ideology project to sterilize children for the reduction of the population that we seek.