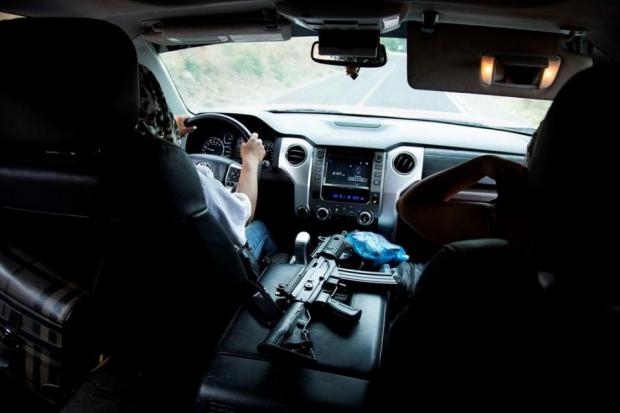 Some of the four dozen women warriors are pregnant; some carry their small children to the barricades with them. The rural area is traversed by dirt roads, through which they fear Jalisco gunmen could penetrate at a time when the homicide rate in Michoacán has spiked to levels not seen since 2013.

Many of the women vigilantes in the hamlet of El Terrero have lost sons, brothers or fathers in the fighting. Eufresina Blanco Nava said her son Freddy Barrios, a 29-year old lime picker, was kidnapped by presumed Jalisco cartel gunmen in pickup trucks; she has never heard from him since.

"They have disappeared a lot of people, a lot, and young girls, too," said Blanco Nava.

One woman, who asked her name not be used because she has relatives in areas dominated by the Jalisco cartel, said that cartel kidnapped and disappeared her 14-year-old daughter, adding, "We are going to defend those we have left, the children we have left, with our lives."

"We women are tired of seeing our children, our families disappear," the vigilante said. "They take our sons, they take our daughters, our relatives, our husbands."

That is, in part, why the women are taking up arms; men are growing scarce in Michoacan's lime-growing hotlands.