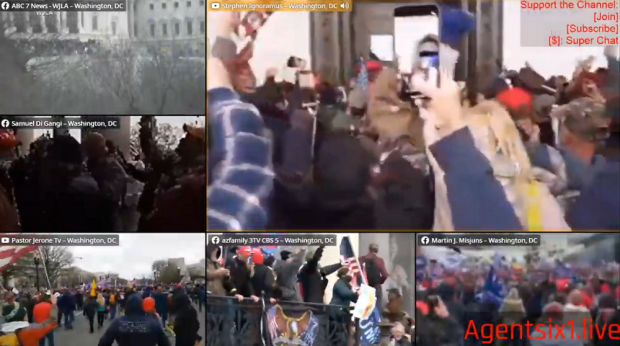 Many conservatives are already aware of the fact that those who "stormed" the chambers of Congress on Jan. 6 were not legitimate Trump supporters. Instead, they were the usual crisis actors who seem to come out of the woodwork every time there is a pressing need to vilify conservatives.

In this case, the goal was to frame all Trump supporters as "terrorists" by pretending to be them and storming the Capitol building. Most politicians and media outlets fell right in line with the fake news narrative by condemning Trump supporters before even determining who actually invaded the facility.

Because of the left's malicious lies and slander, people who voted for Trump are being pulled off social media, fired from their jobs, and harassed by "social justice warriors" who think they have the moral high ground in all this.

The truth, though, is that the so-called "siege" was not much different than 9/11 in that it was clearly an inside job perpetrated by the very same people who have been stripping away Americans' constitutional rights in the name of "safety" and "security" for decades.

Even CNN agrees that everything captured in photos and video on Jan. 6 was probably an unassociated riot that conveniently resulted in Trump supporters being framed as the culprits when they were actually the ones trying to get the rioters rioters to stop breaking windows and wreaking havoc.