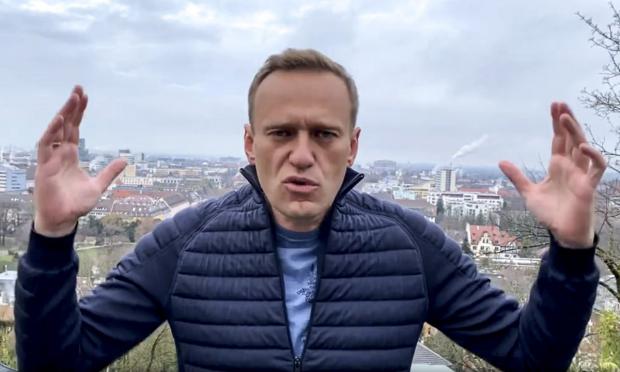 Russia's most prominent opposition leader Alexei Navalny has called for his supporters to take to the streets after a hastily organised court ordered him jailed for 30 days on Monday.

The makeshift court - set up in a police station on the outskirts of Moscow where Navalny was being held - ruled he be held in custody until February 15 when he will appear in court on corruption charges.

The 44-year-old anti-corruption campaigner previously was handed a suspended sentence for the charges in 2014.

Russia now accuses him of breaching the terms of that sentence by not checking in with police as often as he should have done.

Navalny, President Vladimir Putin's best-known domestic critic, was rushed to the station after arriving back in the country on Sunday from Germany where he was recovering from Novichok poisoning.

In a video released by his team shortly after the ruling, Navalny urged his supporters to take to the streets and protest as Western governments called for his immediate release.

'Do not be silent. Resist. Take to the streets - not for me, but for you,' Navalny said.

The head of Navalny's regional network Leonid Volkov said preparations were underway for protests to be organised across the country on Saturday.

Navalny was photographed being escorted from the Khimki police station into a van on Monday evening as supporters were detained by police at a rally in St Petersburg.

Navalny was arrested as he returned to Russia from Germany for the first time since he was poisoned with a nerve agent in August and flown to Berlin in an induced coma.

Russia's FSIN prison service said that it had detained him for violating the terms of a suspended sentence he was given in 2014, on fraud charges he says were politically motivated.