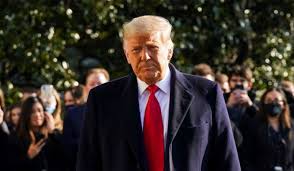 "Judges, prosecutors, and law enforcement officers should not have to choose between public service and subjecting themselves and their families to danger," Trump said in his order. "My Administration has no higher priorities than preserving the rule of law in our country and protecting the men and women who serve under its flag."

This comes in response to the tragic shooting of 20-year-old Daniel Anderl, the son of U.S. District Judge Esther Salas, and her husband Mark Anderl. Daniel was shot several times in the chest and succumbed to his injuries, while Mark was critically injured. The FBI has identified Roy Den Hollander as the primary subject of the shooting but added that he was found dead of a self-inflicted gunshot wound in upstate New York.

"Judges, prosecutors, and law enforcement officers' resiliency in the face of the danger they regularly face is an inspiration for all of us in public service," the order reads.