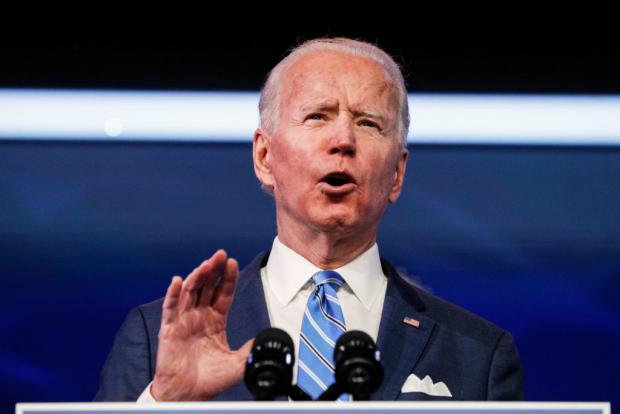 "What I want for my people, I just want patience and prayers that we can get to the U.S. because they're having a new president whereas Biden, he's going to help all of us. He's given us 100 days to get to the U.S. and give us 'legalment' paper so we can get a better life for our kids and family."

The man is referring to two different Biden policies there. Joe Biden has promised to ignore immigration law and not deport anyone in his first 100 days in office and he has promised to give amnesty to illegal aliens that have been in the country since January 1st. Of course, since we're talking about people who don't care about American laws, have access to fake papers, and whose entry date into the US can't be verified, any illegal who gets here before an amnesty would probably be able to get in it. The chances of an incompetent government employee, who's probably favorably inclined towards illegal aliens anyway catching some fake paperwork is negligible and all the illegals know it and will take advantage of it if they can.

As Matt Palumbo noted in an article discussing the 1986 amnesty, "beginning in 1993, those illegals turned 'lawful residents' could begin applying for citizenship. The Clinton administration launched 'Citizenship USA' in 1995 to speed up the processing of applications for legal status for illegals, and a 2000 review by the Inspector General of the Department of Justice found the program "rife with fraud." One sample of 7,000 applicants found evidence of fraud in 462, or 6.6% of applications. To quote the report; 'evidence of fraud was not adequately explored and, in some instances, was completely disregarded.' The Immigration and Naturalization Service (INS) also failed to provide background checks for nearly a fifth of immigrants and didn't enforce the English-language requirement for citizenship. Interviews to determine whether illegals had good moral character lasted about five minutes per applicant."