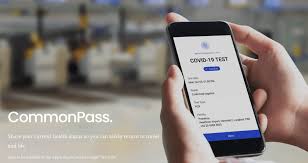 WITH THE PANDEMIC, THE "DIGITAL TRANSFORMATION" THAT SO MANY ANALYSTS HAVE BEEN REFERRING TO FOR YEARS, WITHOUT BEING EXACTLY SURE WHAT IT MEANT, HAS FOUND ITS CATALYST. ONE MAJOR EFFECT OF CONFINEMENT WILL BE THE EXPANSION AND PROGRESSION OF THE DIGITAL WORLD IN A DECISIVE AND OFTEN PERMANENT MANNER.
– KLAUS SCHWAB, COVID-19: THE GREAT RESET (P. 153)

No matter the origin or true lethality of SARS-CoV-2, the coronavirus pandemic has been utilized to implement broader agendas that have been planned well in advance. One of the motivations for declaring a global pandemic was to make possible the widespread usage of new technology such as facial recognition, digital IDs and payment systems, mRNA vaccines and vaccine certificates. This is openly stated in books such as COVID-19: The Great Reset and The Fourth Industrial Revolution.

The engineers of the "plandemic" recognized that new technology is often resisted by the masses, but could be adopted quickly due to a public health crisis. What better way to coerce people into using technology that has long been planned to enslave humanity than by holding them hostage to a "deadly" virus causing people to fear for their lives? From the outset of the COVID-19 crisis, humanity was told the world could not return to normal without global vaccination against the coronavirus. We were even told that some things would never return to normal. In fact, the people and organizations behind exercises such as Crimson Contagion and Event 201 secretly planned to reshape the world in their technocratic image using the guise of the pandemic to implement their schemes.

For decades Hollywood, a major partner in advancing globalist agendas, has been conditioning people to accept all-pervasive surveillance through films such as Enemy of the State, Eagle Eye, and Minority Report. The societies depicted in those dystopian films is now a reality. Welcome to Dystopia Now!

VACCINE CERTIFICATES WILL CHANGE THE FUTURE OF WORK AND TRAVEL