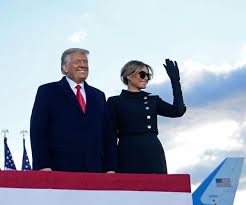 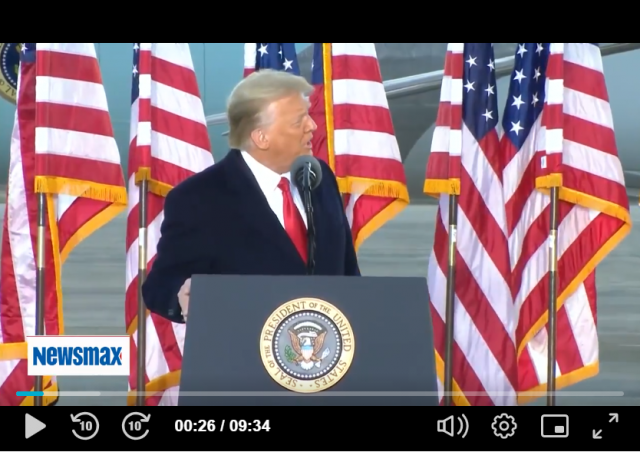 Donald Trump departed Washington for a final time as president Wednesday morning, skipping Joe Biden's inauguration and instead speaking at a military-style send-off at an air base outside the nation's capital before leaving with his family for his Florida resort.

"I will always fight for you. I will be watching, I will be listening, and I will tell you that the future of this country has never been better. I wish the new administration great luck, great success," Trump said at Joint Base Andrews outside of Washington.

Trump was greeted on the tarmac by his family on a cold and blustery morning as his standard campaign rally soundtrack played in the background. He spoke following a 21-gun salute and a rendition of "Hail to the Chief." Several of his closest advisers were in attendance, though key Republican allies on Capitol Hill, several Cabinet members and his own vice president didn't attend.

Following the event, Trump flew to Palm Beach, Florida, where he plans to take up residence at his Mar-a-lago resort. He will become the first U.S. president since the 19th century to skip his successor's swearing-in ceremony.