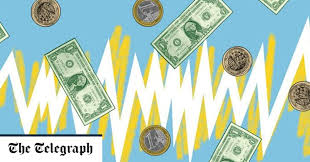 There is only one problem with withdrawing the debased dollars… THERE WOULD BE NO MONEY IN CIRCULATION AT ALL since all dollars are totally debased.

But this didn't worry Queen Elisabeth I (daughter of Henry VIII) in 1560 in England. She ordered her adviser Sir Thomas Gresham to withdraw all debased currency from circulation and replace it with silver and gold coins with the highest fineness.

Queen Elisabeth's father Henry VIII did not only got rid of many of his wives but also of good money. Gresham counselled her to get rid of the bad money that Henry had introduced. Henry had a lavish lifestyle and also conducted expensive wars against France and Scotland. Thus he did what virtually every nation has done in history and debased the currency.

Gresham noticed that bad money drives out good money. The consequences were that people saved the good money and only traded in bad money. Also, merchants in the Low Countries (Belgium, Netherlands) insisted to have bigger quantities of the new money since the purity was much lower.