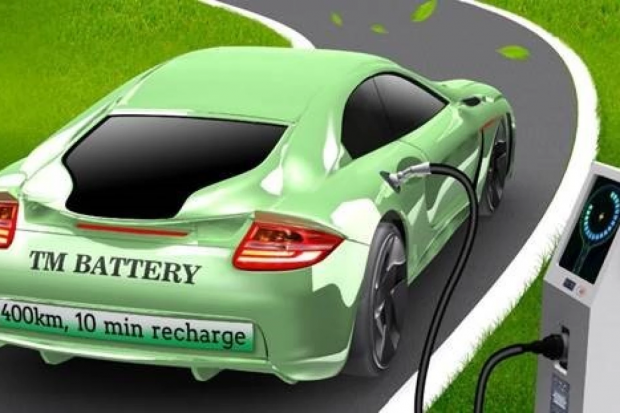 Developed by a team of chemical engineers at Penn State University, the original battery was able to be charged in a relatively short space of time by subjecting it to what the scientists considered extreme temperatures. Normally, lithium batteries need to operate within a certain temperature range. When conditions are too cold, lithium ions form dangerous spikes on one of the electrodes, while when too hot, it can lead to other forms of degradation.

The Penn State University team found a way around this, and took their battery into "forbidden" territory by charging it at "extreme" temperatures, heating it to 60° C (140° F) and then quickly cooling it. This was enabled by a thin nickel foil that attaches to the negative terminal and quickly warms the battery, with these short and sharp bursts of heat enabling the device to charge up far more efficiently.

So much so, it could be charged up enough to offer an electric vehicle a range of more than 200 miles (320 km) in just 10 minutes. This fast-charging capability, meanwhile, allows the team to downsize the device, while still offering a useful range.

In the time since, the researchers have continued experimenting with the design of their innovative battery, including investigating alternative materials for the cathode. Where the original used a nickel-cobalt-manganese, the new and improved version uses lithium-iron-phosphate instead.