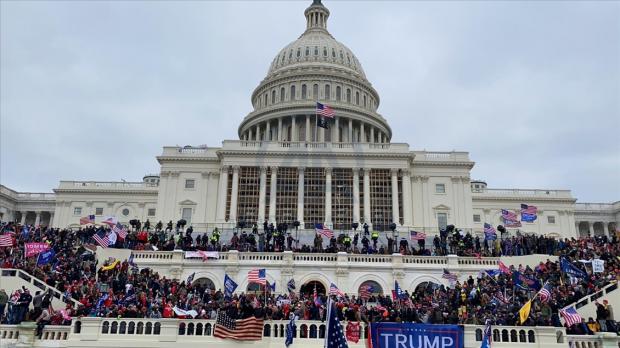 There is a simple reason for that: they wish to use it to introduce a new wave of domestic tyranny into America, just as Republicans did after the 9/11 attacks. In fact, I wouldn't be surprised if they start referring to the melee as simply 1/6.

That's why they continue to describe the melee as an insurrection, revolution, rebellion, sedition, terrorism, invasion, and a grave attempt to destroy our democratic system and overthrow the government. It's clear, according to leftists, that the intent of the "invaders" was to take control over the reins of the federal government and make Donald Trump king. I wouldn't even be surprised if they determine that Russia was behind the "invasion."

Thus, don't be surprised to see a new version of the USA PATRIOT Act. Anyway, the original one is getting a bit old in the tooth. And don't be surprised to see a renewed and reinvigorated "war on terrorism," albeit here in the United States, with increased secret surveillance, suppression of speech, indefinite incarceration, torture, and even perhaps assassination (a power that the Supreme Court has upheld with respect to both foreigners and Americans).

Moreover, don't be surprised when the leftists use the Capitol melee to justify more anti-gun tyranny. Never mind that the "revolutionaries" never even fired a shot. They could have and, therefore, that's a good enough reason for leftists to enact some more tyrannical gun control. Americans obviously understand this because they were buying guns in droves before Biden took power.