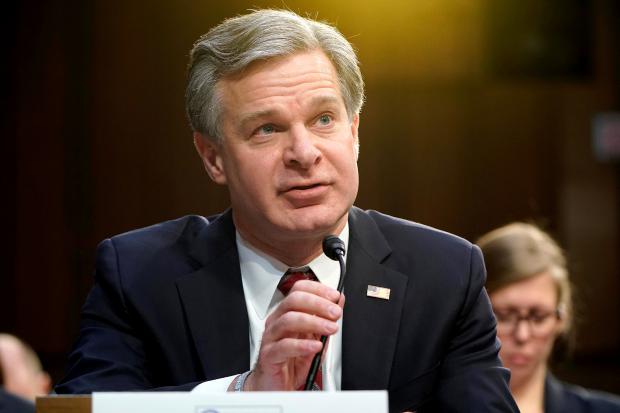 After months of speculation at the tail-end of the Trump administration that FBI Director Christopher Wray would imminently be fired given the open feuding about the origins of the investigation into the Trump campaign's alleged 'Russiagate'-related contacts with Putin's government, clearly Trump decided against it even in the last weeks.

And now it appears he's staying on under the new Biden administration:

White House spokeswoman Jen Psaki was asked on Wednesday if Biden had confidence in Wray and said she had not spoken to the newly elected president about the matter.

Senior administration sources said the same to CNN, which the network called "a sign of confidence for the bureau's leader who has more than six years remaining in his term."

Initially appointed by Trump in 2017, Wray has a total 10-year term as is standard of all FBI directors.

White House correspondent for the NY Times Maggie Haberman had this interesting insight as to Biden's decision-making:

"And for Biden... [he] would have faced potential blowback given activities related to his son (another reason Garland made more sense for AG than Jones)."