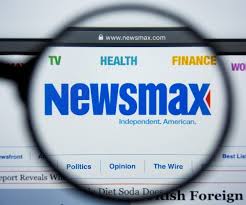 Critics of networks like Fox News and Newsmax argue that the outlets fueled uncertainty about election results and should be dropped by cable providers, just as Facebook Inc. and Twitter Inc. have begun to more aggressively police their content. After this month's riot at the U.S. Capitol, they say, telecom giants should rethink the programming they beam to millions of homes.

It won't be an easy battle. Fox News was the most watched cable-news network in the U.S. last year, and any attempt to squelch the outlet will be seen as an attack on free speech. No cable TV distributor has said they're even thinking of dropping the network. And there are plenty of reasons why, including statutes enforced by the FCC.

Some of the biggest pay-TV providers, including AT&T Inc. and Comcast Corp., own their own news channels. If they drop a competing network, its owner could file a complaint with the U.S. Federal Communications Commission, arguing that they're violating a rule prohibiting them from giving preferential treatment to their own outlets.

Even providers without their own news networks say their hands are tied.