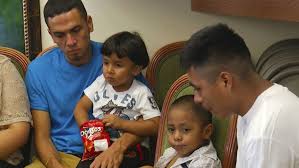 In other words, if Congress approved every single immigration reform suggestion set forth in the Times's editorial, the immigration crisis would continue, and it might even get worse.

I'll do you one better. Let's put the top 100 immigration reform experts in the county into one room, along with the Times's entire editorial staff. Let's give them the fastest computers in the world. Let's assign three research assistants to each of the experts. Let them come up with the best comprehensive immigration reform plan in history.

What would be the result? A continuation of the immigration crisis, and perhaps even a worsening of it.