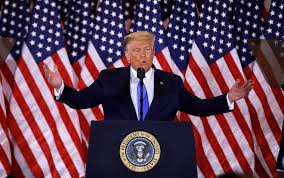 (Warning to reader: this introduction is choppy. I am just trying to accommodate the public by getting blocks of my narrative up quickly. When I finally weave them all into one story I will improve the writing, add more links etc. last edited 1/25 11 PM Eastern).

On the last day of July, 2020 a dear friend of mine from Montana, a stolid, Native American fellow several years my junior, visited me at my home in Utah. A few days earlier I had had surgery on my spinal chord, and he was checking in. He told me that there was a group of people, some ex-federal some not, some cyber-experts and some of various other expertise, who were organizing on the subject of election fraud. My friend was adamant that I get involved and help them. My friend was quite a squared-away individual, and I took his advice and requests seriously. The next day, August 1, my friend died in a plane crash: though the coincidence is troubling, I looked into it personally (I am a multi-engine instrument land and seaplane pilot), and it does seem to me to have been the error of his instructor (who flew the plane into a box canyon without the power to climb out).

At my friend's funeral I met some of the people he had described. A sober, quiet man with a FEMA background and a deep knowledge of biowarfare; a retired Army Colonel with a background in Military Intelligence including psyops; other men and women with backgrounds in everything from law enforcement to cyberwarfare in military context and in support of law enforcement, to (most recently) operating against human trafficking in the Southwest to…. the reverse-engineering of mass scale election fraud.  An industrial scale election fraud.