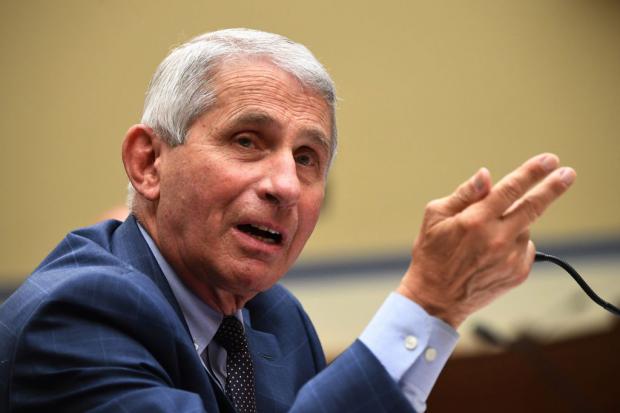 Dr. Anthony Fauci is the nation's highest paid federal employee raking in an annual salary of $417,608 in 2019, the latest year federal salary data is available.

In the pandemic Fauci became the face of the White House Coronavirus Task Force and according to salary data, made more than his peers in 2019.

Fauci's salary even surpassed the $400,000 pay of the president. Donald Trump did not accept the presidential salary and instead wrote checks equal to a quarter of his salary each quarter to various government agencies.

The salary data was collected by OpenTheBooks.com via Freedom of Information Act requests, which included federal employees whose salaries are funded by taxpayers.

On the list the highest paid federal government employees are medical and dental officers.

In other branches of government, House Speaker Nancy Pelosi will earn $223,500 this year, US Supreme Court Chief Justice John Roberts will make $270,700 and House an Representatives and Senators will make $174,000. Four-star military generals will make $268,000 a year, all less than Fauci, according to Forbes.

An Exceptionally Sad Day For Illinois